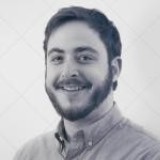 I get questions about data cleanup and deduplication in Pardot all the time.

“What happens when I merge Prospect A and Prospect B in Pardot? How will that affect each record in Salesforce?”

“What about when I merge Lead A and Lead B in Salesforce? Do I need to merge both prospects in Pardot too?”

“If I delete Lead A in Salesforce, do I need to delete the corresponding prospect in Pardot?

To be fair, it was difficult wrapping my head around how Pardot and Salesforce handle deduping and other scenarios. There are many possible configurations in both systems, and they determine specifically what will happen. Here’s an overview of everything that can affect how records are created, edited, merged or deleted. After reading this, you should have a better understanding of how Pardot and Salesforce talk to each other.

Configuring Your Salesforce Connector in Pardot

Before you can begin to talk about merging records in Pardot, you’ll need to connect with Salesforce. It’s important to know how both systems are talking to each other, so let’s review the relevant connector preferences (all definitions are taken from Salesforce documentation).

The options from which you can choose depend on how your Pardot instance is configured. You will see one of the two screens below:

Automatically create prospects in Pardot if they are created as a Lead or Contact in Salesforce.
With this function, Pardot creates a prospect when a lead or contact with an email address that is not already associated with a prospect is created in Salesforce. An email address is required on the lead or contact record to sync to Pardot. This setting is not retroactive, and creates prospects only for those leads and contacts created after this setting has been enabled.

Automatically delete or merge prospects if the corresponding records in Salesforce are deleted or merged.
If you ‘allow multiple prospects with the same email address (AMPSEA)’ then this setting is activated by default. We review these merge scenarios later on in this article. Also, for the Pardot accounts created after June 14, 2016, the AMPSEA and, as a result, ‘Automatically delete’, are activated by default. Here is some more information on AMSPEA if you want to dive deeper.

Allow editing of Prospect lists within CRM.
This function allows CRM users to add or remove prospects from Pardot lists from within the CRM. To use this feature, add the Prospect List Membership Visualforce page to your page layouts.

Not necessarily relevant to prospect record management, there are Email Logging and Email Notification settings that can be configured here. Take the time to review these and configure accordingly.

Now, onto some real-life scenarios….

How Do I Merge Prospects in Pardot? What Happens and How Does it Work?

Sometimes (edit: A LOT of the time), we have multiple records in Pardot for the same person. There could be a number of reasons for this to occur. Depending on your Salesforce connector settings, multiple records could also exist in Salesforce and were pushed into Pardot. Alternately, a prospect could have filled out a form on your website with a different email address, causing a new prospect to be created, even though it is the same person.

Let’s review a merge scenario together. In the example below, there are two records which are clearly the same person. Keep in mind, you can only merge three prospects at the same time.

In the screen above, you’ll want to select the prospects you want to merge and select “Merge” from the drop-down. The next screen will look like this:

However, when I complete this merge, the non-master record will still exist in Salesforce. No matter your settings, this will always be the case. We will need to manually go in and either merge or delete that record in Salesforce.

Note: If the deleted Pardot prospect has a record in the CRM, the prospect isn’t undeleted when the Salesforce record is updated and synced via the CRM.

How Do I Delete and Merge Prospects in Salesforce? What Happens in Pardot and How Does it Work?

Note: The delete and merge settings below are only applicable if you have “Automatically delete or merge prospects if the corresponding records in Salesforce are deleted or merged” selected in your connector settings, or your account is AMPSEA-enabled (for Pardot accounts created after June 14, 2016, the AMPSEA and, as a result, ‘Automatically delete’, are activated by default). If neither of those settings are applied, then you will need to manually manage corresponding records in Pardot.

This scenario is really important. Depending on the company, different people manage Salesforce and Pardot. If the Salesforce admin goes and merges or deletes duplicate records, we will want to make sure it is accounted for in Pardot. Even in cases where the same person is managing both systems, you will want to ensure the data deduplication is being applied to both systems. All the scenarios below are taken directly from Salesforce documentation:

Following the table above can be a bit wordy, but if we read closely, we can see that merging records in Salesforce provides more coverage in deduping data. In all four scenarios, Pardot handles the merged record by deleting it and then updating the record we decided to keep.

A few other Pardot and Salesforce data points to keep in mind:

The final piece of information I want to share is a field in Salesforce called “Pardot URL”. I first learned of it when I was troubleshooting a sync issue and had to reach out to Pardot support.

Here’s one scenario: You merge a record in Salesforce that is syncing with a Pardot prospect, and the Salesforce record that remains has a Pardot URL that does not match the URL of the Pardot prospect that it will sync with going forward. Therefore, when you follow the URL, it will link you to the wrong prospect. You can correct this scenario by copying and pasting the correct URL from the prospect record in Pardot onto the record in Salesforce.

You can see a full list of scenarios in Salesforce documentation online.

I hope this wasn’t too confusing to parse through. I know my head hurt a little after compiling all that information! (I’m only partly kidding about that).

All kidding aside, the best piece of advice I can offer is to take the time to really comprehend how Pardot and Salesforce sync with each other and then test, test, and test some more. Go through the scenarios outlined in this article and see how your systems communicate.

Still confused? Contact us at Fishnet Media for help.